From single components to complex fluid handling systems we have the products, expertise, and resources to meet your needs.

Sometimes there is a leak in a system that is difficult to find using traditional methods such as Snoop. When you need fast and accurate leak detection, Edmonton Valve & Fitting has the tools to solve the issue.

Our energy-management team recently received a call asking us to come and identify the source of a leak. The leak was in a propane cooler system at a gas plant for natural gas recovery, so we went hunting. The customer knew the system had a leak because they had to keep adding propane to what was supposed to be a closed-loop system. They even knew the general area of the problem, but they couldn't figure out where exactly the gas was escaping. They needed us to pinpoint the exact location.

Leaks can be caused by installation issues or by compatibility issues. It costs money to replace the lost gas or liquid, the leak may cause a safety hazard, and it may affect production. So it was important that our team find the leak fast.

Up until a few years ago, the best tool we had was Snoop, our Swagelok brand leak detector that works like souped-up soapy water. It's great for revealing leaks on valves and fittings in small systems, but since you have to coat each part where you think a leak might be lurking, it’s not ideal for entire plants or large systems.

For the past few years, we've been able to offer two new types of advanced technology that make it easy for us to find leaks fast. We found the propane leak mentioned earlier by using a thermal imaging camera made by FLIR Systems Inc., a company based in Oregon. The camera "sees" thermal energy.

Thermal imaging technology was developed originally for the U.S. Army, but has found many industrial uses over time. Any time there's a problem that generates heat, this camera can find it. A hydrocarbon leak, such as the one we were hunting down, shows up as a cloud on the camera screen, even though it's invisible to the naked eye. 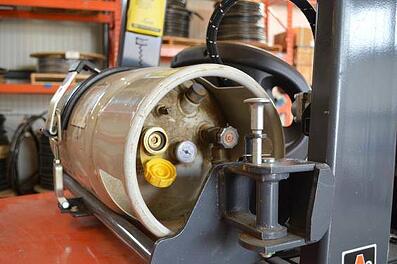 A leak-free system will appear as pictured below. 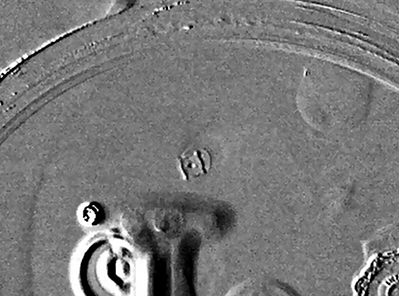 While a system with a leak will emit a cloud, as seen here. 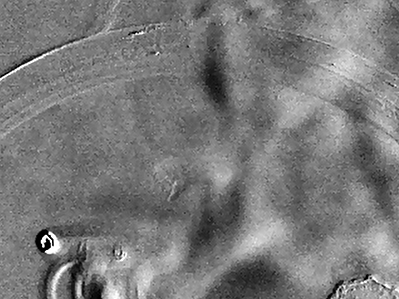 The customer leak turned out to be a small hole in a cooling tube that was almost invisible to the naked eye, but easy to spot with the FLIR camera. The customer shut down the system and replaced the tubing. With a quick installation of Swagelok tubing, the system was back up and running.

While we were there….

With the problem solved, our work was done for the day. However, while we were on site with the customer, we took the opportunity to check for other leaks. We scanned the rest of the facility with both the FLIR camera and another piece of detection technology, an ultrasonic gun. This device listens for sounds that are outside the range of normal human hearing, like the imperceptible hiss of a gas leak. Between the two of them, these handheld tools can detect a wide range of leaks that would easily baffle an ordinary set of eyes and ears. The combination of both the FLIR camera and the ultrasound gun is effective based on the restrictions of each device.

"Our services can be used as a preventive maintenance tool, and proactively combat hydrocarbon leaks," says David Flett, our Drayton Valley account manager. "We always find at least a few leaks that more than make up for the cost of these energy surveys. We have customers who are so happy with this program that they have us coming in to do this on a yearly basis."

These annual visits typically result in fewer leaks, though they often seem to pop up in areas of new construction or where the systems undergo a lot of maintenance.

Do you suspect that there are leaks in your system? Are you sure there are leaks, but can't seem to track them down? Give us a call, or request a leak detection.

For 50 years we have provided professional support and an extensive local inventory of Swagelok products. We offer custom solutions, applications support, training, equipment, and tools to help ensure safe and reliable operations.

Learn More About Us

Proud member of the Canadian Council for Aboriginal Business since March 2022. We understand our responsibility towards supporting the interests of the aboriginal communities, and we are working towards establishing that.